Berlin’s Museum Island is a unique ensemble of five museums, including the Pergamon Museum - built at the small island in Berlin’s Spree River between 1824 and 1930. A cultural and architectural monument of great significance it was awarded UNESCO World Heritage Status in 1999. Visit the Museum Island, including Bode-Museum with european painting and the recently re-opened New Museum with the Egyptian Museum and the famous bust of Nefertiti, followed by a walk to the Hackesche Höfe. Here, around a network of courtyards living, working and leisure come together to create a modern centre for culture. (3 hours)

Tour of the Berlin Kulturforum near Potsdamer Platz including a visit to the Gemälde Galerie, housing a fine collection of masterpieces from the 13th to the 19th century. Followed by a look at the extraordinary architecture of the Philharmony and the Staatsbibliothek, the concert hall and the national library designed by the architect Hans Scharoun. (3 hours) 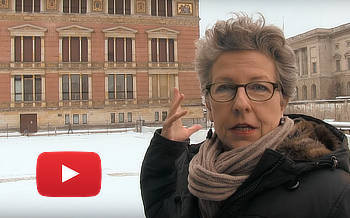